They say imitation is the biggest form of flattery. In that case is your competition copying your every move or do you feel two steps behind your competition? Who is following who?
Every company out there should be on their toes and on top of their game and know what their competitors are up to. I repeatedly mention,  its all about your company's PERCEPTION and POSITION in the marketplace. How are you differentiating your services so people are buying from you or using your services. SO what is your competition doing? What are they doing that you could be doing or what can you offer that they can't. It is vital that you familiarize yourself with what your competition is doing, befriend them, attend their events, hang with them, we all know the saying- Keep your friends close, but keep your enemies, I mean COMPETITION closer....
In today's digital age of documenting your every move online and the importance of having a online presence, you can now can really put together some GREAT competitive intel! What me spy? As long as you can read between the lines you will be in the know as to what your competition is doing, and if they are not online, well then guess who will be following who?
Pepsi and Coke is a prime example of competitor rivalry. Who is the leader and who is the follower? How did they differentiate their products to gain more profit share? 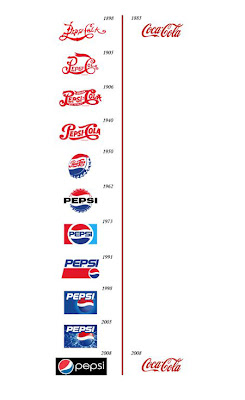 Posted by The Event Marketing Maven at 1:12 PM No comments:

The Message in your "Music" 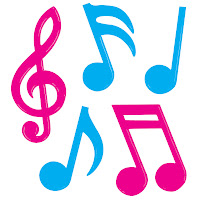 What is the message in your music? The music of your company's brand, the perception of what your company is about, what exactly do you do?
Is your message clear?
Can you sum up what you do or what you sell in simply one sentence?
If not, you may want to rethink and reconfigure how you are selling your company.
People hate reading.. WHY? We are now used to getting information FAST! So conveying your message straight to the point is so very important.
Can you keep your target audience engaged?
Give your clients a reason to be interested. Is your message talking to the right audience? Is the content and information you are putting out there relevant to their business? Can it help them increase their bottom line?
Your reasons can range from..
-New Products or Services (also include new features and or advantages of using your products and services)
-Dynamic Applications of how your service or products are being executed.
With such a touch economic climate nowadays we can't be so SALESY... we have to be consultative and understand our clients and how to help them. We are experts in our business and our clients rely on our expertise.
Sammy Caban, an event designer, utilized his creativity in an event where he transformed an exhibition hall into a virtual rain forest for a tourism client of his... He incorporated a personal hand crafted 10 feet tall trees as centerpieces along with a hand painted muslin rain forest backdrop in this closing luncheon event... This photo captures a true environment and experience. A simply dynamic, creative and a great way of presenting his capabilities and unique qualities in a visually appealing format... 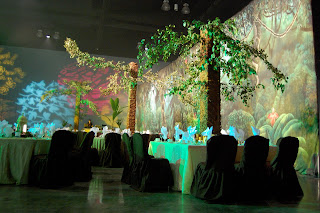 Posted by The Event Marketing Maven at 1:11 PM No comments:

Email ThisBlogThis!Share to TwitterShare to FacebookShare to Pinterest
Labels: brand message, engage your audience, message in your music, Sammy Caban

As we all might know the easiest part of any event is after it is deemed a success is taking credit and claiming it as their own idea and event. Egos and self proclaimtion always seem to get in the way! Whether the event was a success according to the number of attendees, media exposure, the vibe or overall experience, the co-hoarts I have dealt with in my past claim the credit and usually run with it to go off and do their own thing, most of the time tried and failed and very few instances prevail and succeeded.

I have this unusual tendency of helping people and making them look good. In the interim, I usually get lost in the background and typically never get credit for the behind the scenes work from project initiation, to creative development, sponsorship acquisition, media recognition, to promotion, onto execution followed by post-event.

I am too nice? Naive? I do see the best in many people, identify their talents and see how it can benefit the project. Although  nowadays, I feel LOYALTY is dead, people are after the fame and fortune and not the longevity. So I am taking this opportunity to set the record straight and lay it down, event by event, and show you what this Event Marketing Maven is all about!
I am in it for the long run, so I will be here for a while! 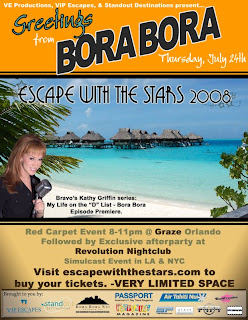 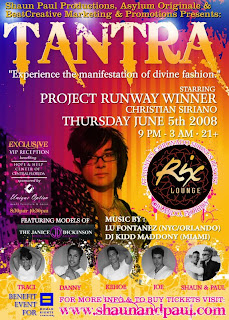 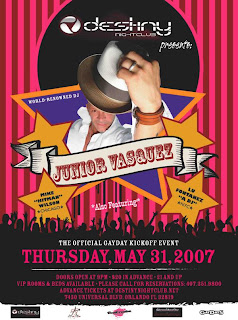 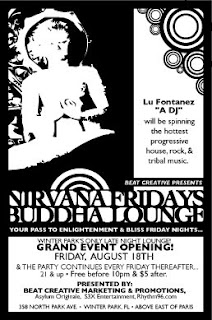 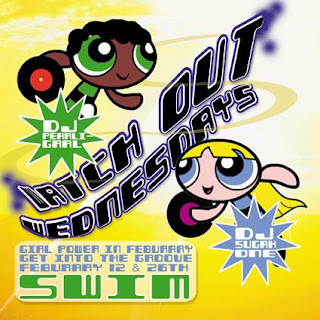 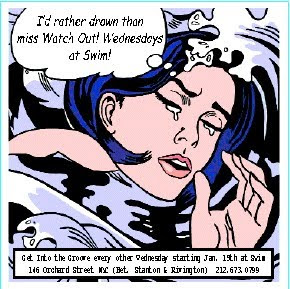 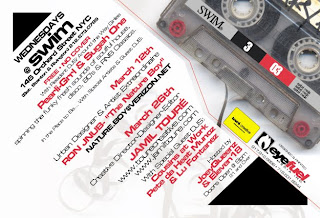 Posted by The Event Marketing Maven at 1:16 PM No comments: