Wish Upon a Wedding Orlando Launch

A combination of over 200 event vendors, press, guests and planning joined in for the celebration of the launch of Wish Upon a Wedding Orlando chapter on Thursday, May 27th, 2010 at Tavern on the Lake in Metrowest in Orlando Florida. The cocktail party themed as “Give it Up For Love” accented the Wish Upon a Wedding’s logo and colors of yellow, light blue, sea foam green, and white which was consistently featured throughout the event.

Local chapter president Elisa Delgardio and the five-person board worked together to coordinate the two-and-half-hour event which was sponsored by 11 local event suppliers that contributed decor elements and delicious desert tastings. Guests were graced with a warm Hollywood like welcome as they walked the red carpet leading up into the venue – provided by Letz Dance on It,  a color branded balloon archway from Balloon Connection entrance greeted you at the door, accompanied by VIP security from Pro-Tect International Operations, Inc which added to the ultra chic exclusivity of the event. As you entered into the Tavern on the Lake, the warm earth tone colors and tuscan feel of the venue’s interior design, coupled with the event décor complimented the look and feel, which then followed a glamourous photo opportunity against The event’s branding and sponsor logo boards. Guest’s excitement and enthusiasm for the event all captured by Ashley Brockinton. Aqua glossy blue table linens from Kirby Rentals draped the highboy tables throughout the room topped with white orchid floral arrangements and trees lined the perimeter of the venue with strategically placed uplighting was also scattered throughout the room. A Wish upon a Wedding Custom cake and Desserts from Cakes by Design also caused quite delight. Cake O Licious created an amazing focal point to the room by adding a tiered white wedding cake filled with cake pops—balls of cake on a stick, similar to a lollipop. Event Mall showcased another classic photo booth of theirs for guests to enjoy takeaway photo memories. Elegant Imagery Photography was on hand to capture all the event décor and design of the event.


About 45 minutes after arrivals, Delgardio welcomed guests and showed a short presentation about the organization and a wedding conducted in northern California in April. Guests continued to mingle and dance to DJ Rekka’s music until the party wrapped up around 8:30.

The event brought in an additional 100 friends on Facebook within the last week of the event’s promotion. Cinematique Films also documented the entire evening on video, footage to follow shortly. 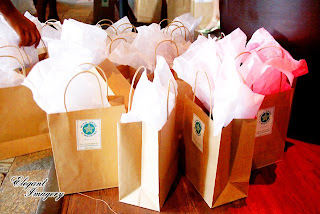 In addition to a successful event and outpouring, 26 people and companies, including 10 of the event’s sponsors, have signed up to be Wish Granters for the organization and will be called upon for their services when a couple within 300 miles of Orlando is granted their wish by the Wish Upon a Wedding national board of directors. Along with the great news about the event and the support that it garnered, Orlando chapter President, Elisa Delgardio  CSEP, PBC, was also featured on Orlando’s Local 6 news and interviewed by Jackie London as well as the event was featured in in Biz Bash magazine’s online addition for the Orlando market. Stay tuned for more updates as the Orlando chapter will be sharing the footage from the news interview real soon. In the meanwhile, you can view the recap from Biz Bash Magazine CLICK HERE to read.
Posted by The Event Marketing Maven at 6:10 AM

Email ThisBlogThis!Share to TwitterShare to FacebookShare to Pinterest
Labels: Chevere Creative, Jackie London, Tavern on the Lake, Wish Upon a Wedding Orlando